Those are impressive numbers, and retailers are paying attention to them. Mobile marketing has become a $70 billion business. Retailers understand that if you want to sell your merchandise, you need to make it easy for buyers to purchase where, when and how they want.

The future looks rosy for mobile commerce, but there’s a catch, because m-commerce is popular with fraudsters, too. This makes sense – these online criminals are practical people, and they go where the money is. Just as e-commerce fraudsters multiplied as e-commerce itself grew, so these criminals are likely to keep up with m-commerce, exploiting this new opportunity for theft.

In fact, there’s a direct correlation between mobile penetration and mobile fraud.

In practical terms, this means that urban settings present the ideal environment for mobile fraudsters. Where is mobile fraud the greatest? In the city which, more than any other, represents the epitome of an urban jungle: New York.

There are a lot of people, a lot of mobile phones, and a lot of places offering free wi-fi. And, despite widespread awareness of the importance of computer security, few people give any thought to the security of their mobile device or the wi-fi they’re using. One way and another, it’s a perfect storm for thieves who like to steal using mobile devices.

Can you guess which states are affected the most? Check out this article and infographic on Forbes for more details.

Optimizing for Mobile Means Optimizing Everything

There’s so much to consider when optimizing for mobile, and mobile fraud prevention generally gets relegated to the background, with merchants hoping that their e-commerce policies and processes will suffice to keep mobile commerce fraud in check.

In the most recent CyberSource Online Fraud Management Benchmark Study, it was reported that the majority of merchants with a mobile channel were unable to report their mobile fraud chargeback rate – because they do not tag chargeback data with order channel information. It’s a sign of the lack of attention that online retailers give to tracking – and preventing – fraud that comes through the mobile channel.

It’s More Urgent Than You Think

The US is set to adopt EMV next month – meaning that, from October 15, cards with a chip in them will become the official norm. This is great news for stopping fraud at physical points of sale, because chip cards make a very common form of fraud, when fraudsters swipe the magnetic strip on the back of the card and steal the card information from it, impossible.

It’s less good news for e-commerce and m-commerce retailers. In the other countries which have adopted EMV, CNP fraud has risen straight afterwards. Fraudsters have an eye on their own personal bottom line, and so they’re always out to maximize profits and minimize risk and effort. If fraud is harder in person, they’ll increasingly turn to committing fraud online.

Forrester has predicted that card not present fraud in the US will rise 40%-50% following EMV adoption. With both customers and retailers paying little attention to the risk of mobile fraud, that channel is going to look awfully tempting to thieves on the look out for an easy target. That means mobile fraud prevention needs to become a priority.

Fraud prevention needs to be prepared. Just like the rest of a business, it must be optimized for mobile. 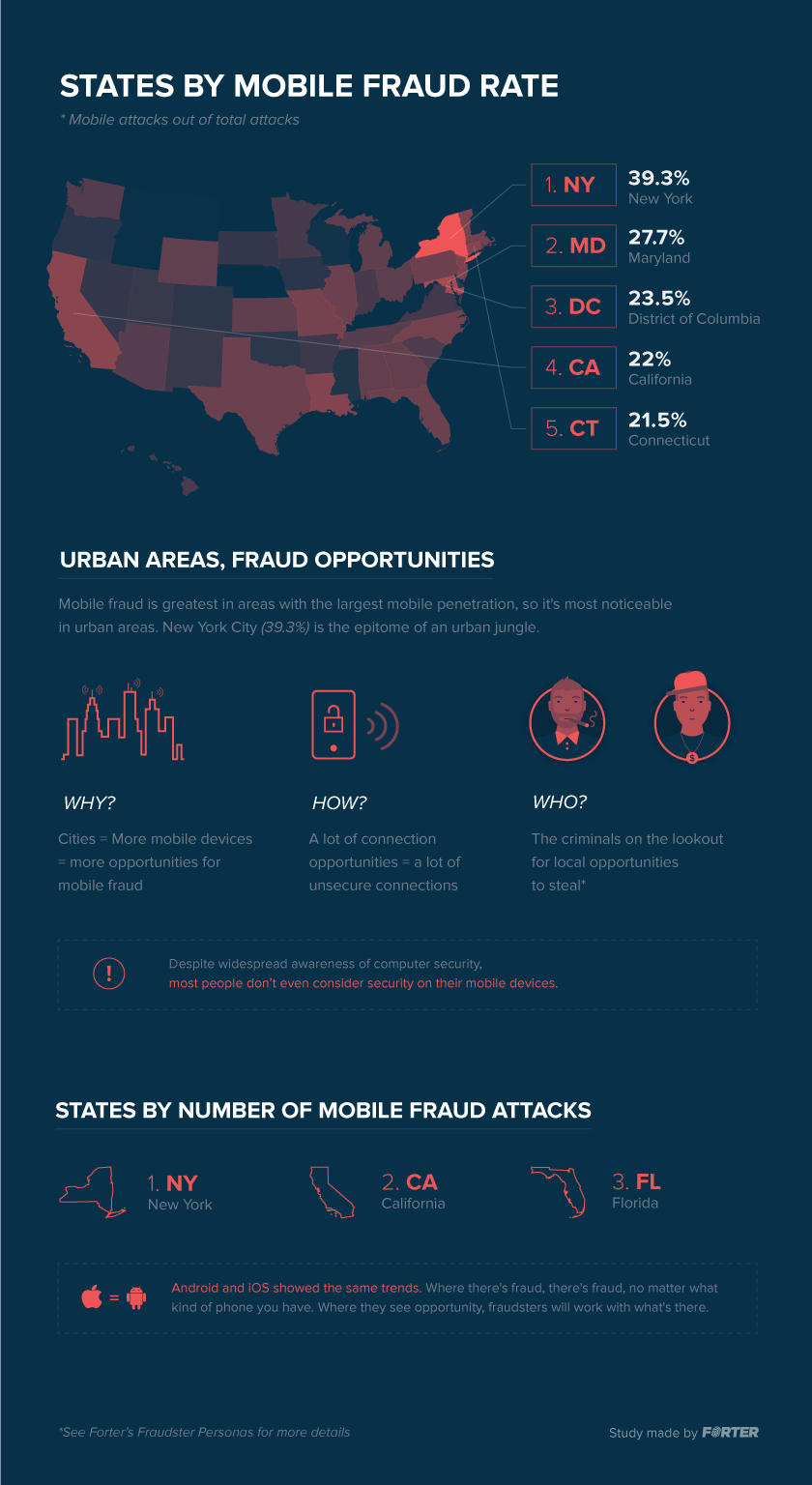