At Forter, we have an ambitious mission to create a world of fraud-free e-commerce. Today marks a significant milestone on that path: we have processed over $100 billion in e-commerce transactions, which no other online fraud prevention platform has achieved. 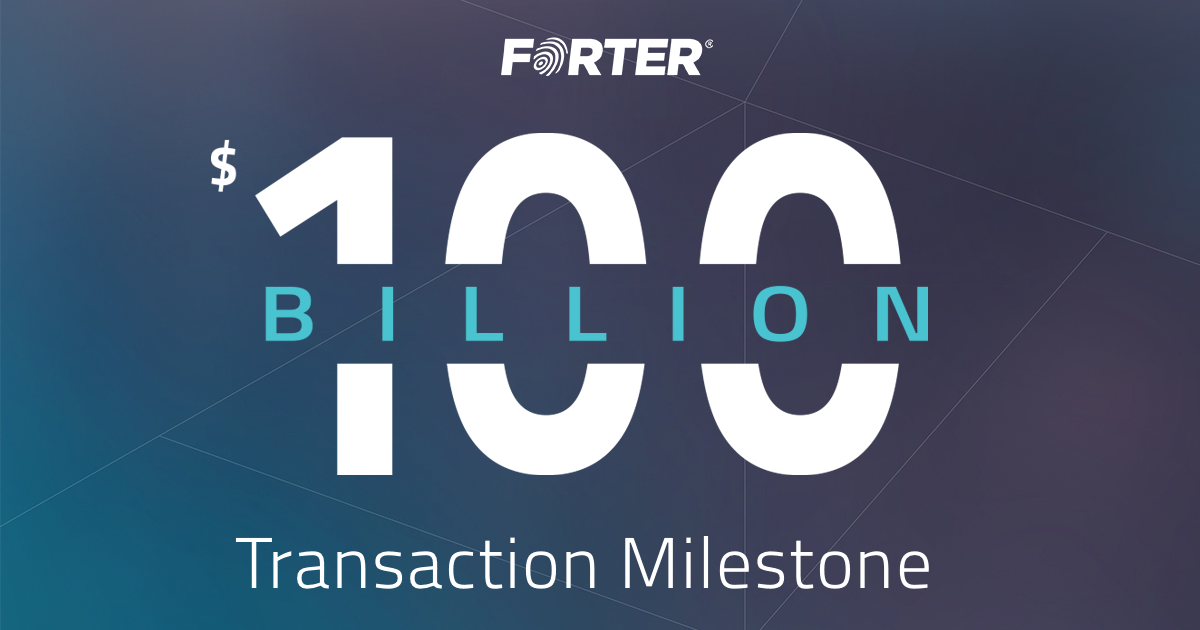 Processing such a massive volume of data means that we have grown extremely quickly in recent years—increasing the dollar amount of processed transactions by 100 times since 2016, and doubling the amount since January 2019—but perhaps more importantly, it means that we have unparalleled visibility into the latest trends in both consumer purchasing and fraud behavior with a network that is five times the size of the largest global retailer.

This is where Forter’s unique coalition comes in.

The network we have built includes Fortune 500 retailers, leading travel companies, and digital disruptors across five different continents. They recognize the immense power in joining a global coalition of merchants for increased visibility, intelligence and protection. We are able to quickly leverage our huge transactional data volume and award-winning technology to detect potential threats and block them across our global network in a split second.

To further illustrate the concept, let me give you two recent examples that showcase the value of Forter’s coalition:

In E-Commerce, Consumers Should Be Innocent Until Proven Guilty

For one large merchant in our coalition, new customers accounted for 30% of the beauty brand’s total sales. This can be problematic for both the merchant and the new customers as traditional fraud prevention platforms commonly mistake new legitimate customers as potentially fraudulent ones simply because a rules-based system does not recognize them. When this happens, consumers are confronted with unwanted identity verification tests, ultimately creating friction in the shopping experience and potentially driving them to other retailers—this equates to a potentially unhappy customer and loss of sales. Even worse, oftentimes good customers get declined. In this specific instance, Forter was able to leverage insights from other merchants to affirm the legitimacy of many customers in the coalition, instantly reducing the number of unknown customers and possible fraudsters to only 2%.

Staying a step ahead of fraudsters is, of course, key to preventing attack damage. However, because criminals are constantly changing their methods it’s not as easy as it sounds. The umbrella of the Forter network acts as an immunization, offering the best and most effective protection against even the most advanced fraud efforts. As soon as we see a new attack method or pattern, whether from a merchant our through our expert research, we implement a solution that then immunizes the rest of the merchants in our coalition. For example, Forter recently recognized that one of our merchants was being targeted by an account takeover (ATO) ring. We were able to safeguard the merchant instantly because Forter had identified that this same attack method had targeted another merchant within the coalition.

Fraud is unpredictable and chaotic, and merchants need resources to provide accuracy, adaptability and consistency, while remaining consumer-first. Top brands across the globe trust us to help them achieve it all, and today’s $100 billion milestone is a testament to that.